The London Bullion Market Association said Friday it had suspended Kyrgyzaltyn OJSC, Kyrgyzstan’s state-owned gold producer, from its list of acceptable refiners. The list sets standards in London’s gold market, one of the world’s biggest, and is regarded as an international benchmark. Traders and officials have said the move will likely restrict Kyrgyzaltyn from selling bars in other gold hubs including Switzerland and New York.

The LBMA’s move was prompted by accusations from a London unit of trading firm StoneX Group Inc. that the Kyrgyz refiner had failed to deliver a half metric ton of gold bars. It further accused the refiner of trying to divert about $29 million owed to a unit of Canada’s Centerra Gold Inc. for the bars.

Kyrgyzaltyn denies the allegations, which were subsequently filed by the StoneX unit in a London lawsuit, a Kyrgyz government spokesman said.

A spokesman for StoneX declined to comment on the LBMA’s decision.

The suspension stands to deprive Kyrgyzstan of a key source of revenue and slow the country’s recovery from a recession induced by the pandemic. Gold exports account for 9% of Kyrgyzstan’s gross domestic product, according to the World Bank. The bank forecasts that the economy will grow by 3.8% this year after contracting by 8.6% in 2020, and will return to its pre-pandemic level in 2023.

Centerra is locked in a dispute with the Kyrgyz government over control of Kumtor, a high-altitude gold mine in Central Asia’s Tien Shan mountains. The mine was taken over by authorities in the former Soviet Republic in May, months after the election of nationalist politician Sadyr Japarov as president.

Centerra then placed its Kumtor operations under bankruptcy protection in New York.

The LBMA suspended Kyrgyzaltyn from the approved list rather than removing it outright because the authority couldn’t prove the allegations against it, a person familiar with the matter said. The decision offers a potential lifeline to the refiner: It has until November to take remedial action that demonstrates its compliance with LBMA rules, the person said. 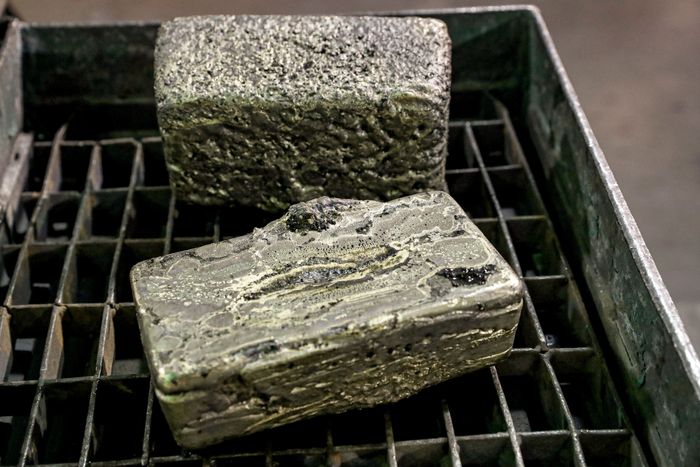 Even if the Kyrgyzaltyn OJSC fails to win approval in London, it will be able to sell gold in China, India and the Middle East, a Kyrgyz official said. PHOTO: IGOR KOVALENKO/EPA/SHUTTERSTOCK

If Kyrgyzaltyn fails to do so it would be struck off the compliance list and unable to reapply for five years, the person said. Kyrgyz gold that has already entered the London market can still be traded.

The Kyrgyz government spokesman said the refiner intended to fight the decision and be reinstated. Even if the refiner fails to win approval in London it will be able to sell gold in markets including China, India and the Middle East, the official said.

Traders have said sales of Kyrgyz gold in such markets would be at a discount to international prices if Kyrgyzaltyn isn’t recognized in London.