Abror Gafurov, a hydrologist at GFZ-Potsdam, the national research centre for earth sciences in Germany, tells The Third Pole what the latest research shows about the water cycle in Central Asia

Water in Central Asia is increasingly a topic that attracts international attention. Last week, it was reported that access to water was at the centre of violent clashes at the Kyrgyz-Tajik border. 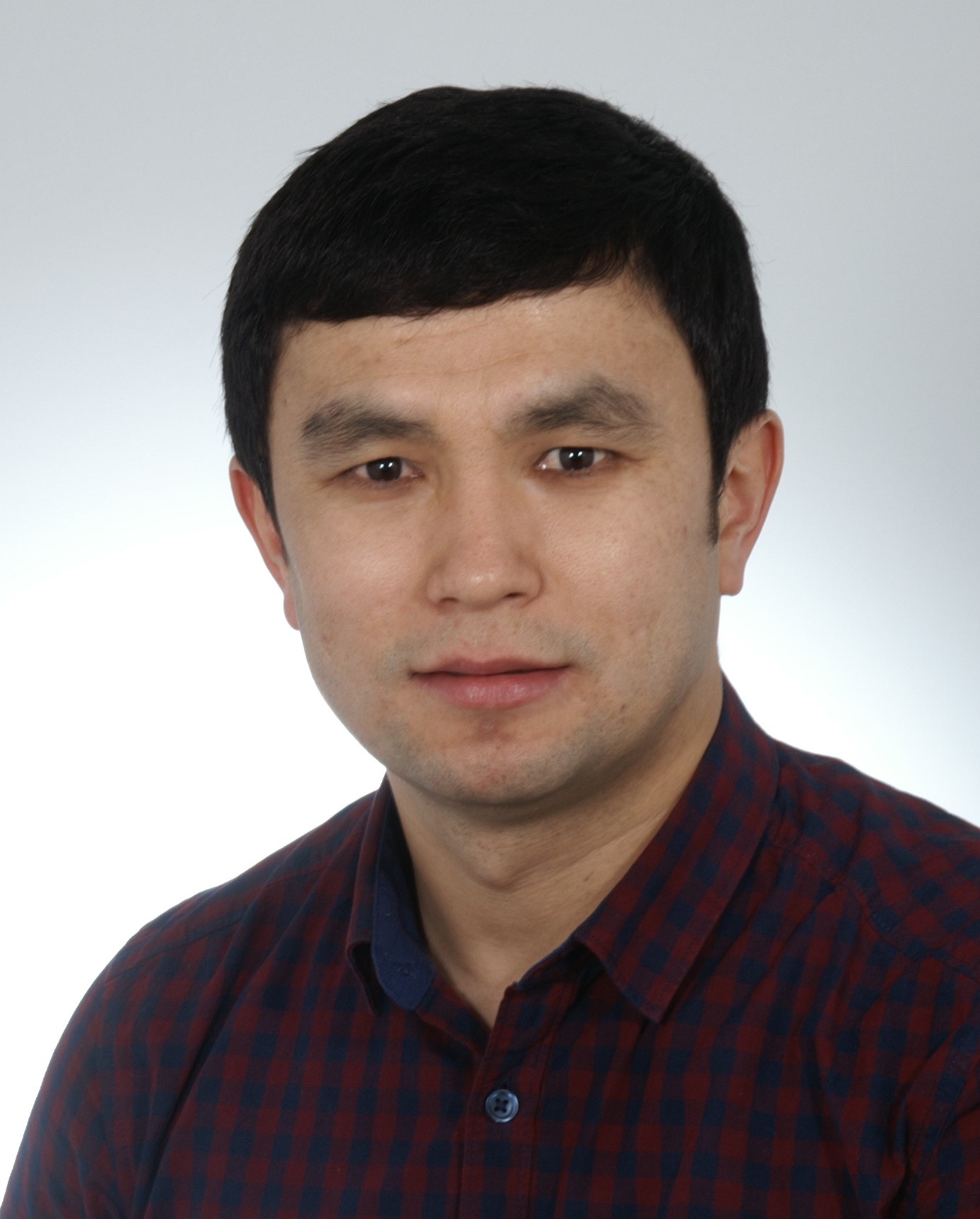 A series of UN reports in the past year have expressed mounting concern about a water crisis in the region. However, Central Asia’s hydrology is understudied and we seldom hear from experts working in the region. The Third Pole spoke with Abror Gafurov, a hydrologist at GFZ-Potsdam, to find out why getting hold of data can be difficult – and what the data we do have can tell us.

What interested you originally about hydrology and Central Asia in particular?

I’m the fourth generation in my family to be a water specialist. My father was a water specialist, and my grandfather, great-grandfather and uncles. My younger brother and some nephews are also on the way to becoming water specialists. When I was young I knew water problems existed, and have always been curious about the subject.

The Aral Sea was also one of the reasons. The depletion of the lake was a massive failure of irrigation projects during Soviet times that didn’t consider their negative impacts on nature. Visiting the Aral Sea nowadays makes a big impression in terms of showing the consequences of water mismanagement: you can see the dry sea bed and ships that have been stranded there for several decades.

How has Central Asia’s climate changed in the past 20 years?

For temperature we see a clear tendency of increase that is above the global average, but for precipitation it’s relatively unknown. The trend analysis that we have done using precipitation data is not significant enough to say whether it is increasing or decreasing.

What I can also say is that an increasing amount of precipitation is falling as rain instead of snow. We have more rainy days compared with snowy days as a result of an increasing number of days when the temperature is above freezing, and this will be even more significant in the future with global warming.

Are there any regions in Central Asia where the data shows particular change?

With regard to temperature, almost all regions show an increasing trend. There are some exceptions where trends are not significant, which might be due to local meteorological conditions (like proximity to water, deep valleys).

With regard to precipitation, in the Fergana Valley [an important agricultural region shared by Uzbekistan, Kyrgyzstan and Tajikistan] it is increasing, but this is based on data from just a few stations – we should be cautious when we generalise this to the whole region. In that area, increased precipitation is leading to more landslides and flash floods.

How is glacier coverage changing?

In the Naryn river basin (part of the upper Syr Darya river) in Kyrgyzstan we found in one of our studies that the maximum glacier degradation was about 23% from the 1970s to 2000s. The changes may have even worsened after 2000, which was after our study period. Glacier degradation varies regionally depending on south-facing or north-facing glaciers and on the size of glaciers.

In general, if I hear that we have lost 30% of glaciers I would not say that it is incorrect; we are losing a massive amount of ice in Central Asia due to climate change. This will have serious implications for water formation and availability in the future.

How do you collect and use data on hydrology in Central Asia?

For modelling, we mainly use observational data from meteorological stations. However, in Central Asia we have limited data for research purposes. This is because manual observations are not possible in high-altitude regions with extreme winter weather conditions. To increase the number of meteorological stations in the mountains, between 2008 and 2019 we installed several high-altitude stations under the CAWa (Central Asian Water) project.

Besides observational data, we use satellite data from MODIS to estimate snow coverage. Seasonal snow cover distribution is very important for Central Asia due to the major contribution of snowmelt to river discharge. Depending on the region, snowmelt can contribute up to 50-60% of water formation in the river. Our analysis shows snow cover is decreasing in the region.

The UN’s FAO report in November 2020 highlighted Central Asia as facing “recurring agricultural drought on more than half of its low-input rainfed cropland, and almost all of its irrigated areas are under high or very high water stress”. Is this a management problem made worse by climate change or vice versa?

The supply of water in summer months is decreasing due to climate change but the demand is increasing, with more agricultural production, demographic increase and warming temperatures that lead to increased evapotranspiration [loss of water through evaporation and transpiration by plants]. This can lead to agricultural drought in the region. I think we can cope with the impacts of climate change if we undertake necessary adaptation measures early enough. In general, as a hydrologist, I can say that we have enough water to meet the current demand in Central Asia, but this should be used correctly. There are vast agricultural fields with surface irrigation, and in dry summers much of it evaporates or infiltrates into the groundwater. The efficiency of water use is very low – it’s about 50-60%. This means that at least 40% of water is lost, but if we concentrate on effective water use for irrigation then we can have enough water in the future.

For example, the Uzbek government is installing drip irrigation systems throughout the country to save water – for me this is part of an adaptation to climate change and a very good step. So, the reported agricultural drought can be considered as an impact of mainly climate change but exacerbated by mismanagement of water resources.

Last summer, the Tajik government said that “A combination of climate change and the warming of the atmosphere has led to a 50% decrease in precipitation in Tajikistan (a first in the country’s history).” Does your hydrology research back this claim up?

We use satellite-based snow cover data in our research and this is not comparable with precipitation. The snow cover data is binary information that says whether a region is covered by snow or not.

Based on this information we can say that 2020 did not have the least snow cover in the last 20 years, but again this is not comparable with observed precipitation. Thus, it is difficult to judge the statement above with only snow cover data. More observational data from meteorological stations is necessary for that, which we unfortunately do not have.

What impact will climate change have on current and future hydropower projects?

Any new dam that is going to be built in the region for hydropower generation should consider future climate change impacts on water formation and availability in the mountainous river basins. This is because we will not have the same hydrological regime in the future due to both glacier degradation and earlier melting of seasonal snow as a result of rising temperatures. Maybe we will have a similar amount of water but the seasonality will change, definitely.

Another important aspect is the tipping point of degrading glaciers. When glacier melt intensifies, there will be more water for a certain period. After this period, the melt will reach its tipping point, leading to gradually decreasing amounts of glacier melt. Thus, future hydropower projects should consider and quantify these changes prior to building new plants.

I’m not against building dams, as they provide clean energy to populations. Water is a common resource in Central Asia and should be used and managed in close cooperation.

What, in your opinion, are the most worrying trends in hydrology in Central Asia?

The degradation of glaciers, which will lead to water shortages in late summer when there is the highest demand for irrigation of agricultural crops. This is a serious threat and should be considered today to be prepared for tomorrow.

Second, increasing flash floods and landslides in the region. This is due to an increased share of precipitation falling as rain, but also due to earlier melting of seasonal snow – so there’s a lot of moisture in the soil, which it can’t absorb the increased amount of water as the snow melts.

Third, further desiccation of the Aral Sea. It is important to develop a clear plan for the continued existence of the Aral Sea, although much of it has disappeared already. Some measures can be applied to save the last parts of it.