An Afghan pilot’s U.S. relatives seek help, as U.S.-trained airmen are caught in a diplomatic tussle

WASHINGTON—Facing Taliban pressure, Uzbekistan has warned the U.S. that a group of highly trained Afghan pilots who fled there two weeks ago aboard Afghan Air Force helicopters and airplanes face expulsion from the country, officials say.

The U.S. effort to train and build an Afghan air force was among the most celebrated programs in support of the country’s military. The U.S. spent billions of dollars on the air force, including on training, maintenance and the supply of dozens of helicopters and planes. 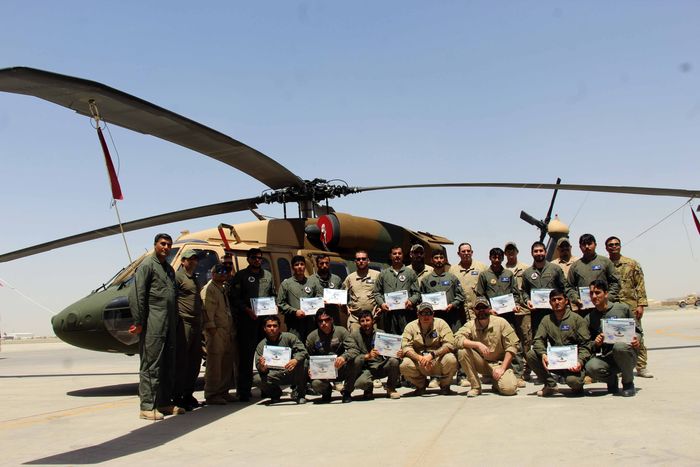 The Afghan government and military collapsed earlier this month, and the Taliban has taken control of most of the country.

Some Afghan pilots flew themselves to safety with hundreds of family members and colleagues aboard 46 Afghan Air Force helicopters and planes. These pilots are among the Taliban’s most hated enemies because of their role in airstrikes that inflicted high numbers of casualties during the decadeslong conflict. The Taliban also have called on Uzbekistan to return the aircraft to Afghanistan.

The issue has come to the attention of Secretary of State Antony Blinken. Rep. August Pfluger (R., Texas), a member of the House Foreign Affairs Committee and former U.S. Air Force pilot, asked Mr. Blinken to intervene to help the pilots who face the risk of reprisal from the Taliban.

“In my mind, worst-case scenario was they go back to Afghanistan, and they’re murdered, but for sure they’re going to be met with what I would say is an uncertain fate,” Mr. Pfluger said.

In response to questions, the State Department said, “We thank the Uzbek government for continuing to host Afghans in Uzbekistan while we pursue all avenues for their long-term safety and security.”

The State Department has been slow to respond to the matter, a foreign official said, frustrating the Uzbek government.

A Texas woman from Mr. Pfluger’s district, whose daughter is married to one of the Afghan pilots, contacted his office for help. Jerri, the pilot’s wife, said they had spoken only twice since the fall of Kabul. The Wall Street Journal agreed to use only her first name.

“He told me, ‘I might not be able to talk to you again; this might be the last time, and I love you,’ ” Jerri said, recounting the 3 a.m. phone call on the night after Kabul fell to the Taliban.

She said that he called her later to say that the pilots had made it to Uzbekistan but that his phone was about to be confiscated.

Mr. Pfluger said Uzbekistan’s ambassador to the U.S. told him last week that the pilots “don’t have to go home, but they can’t stay here,” citing pressure over the issue from the Taliban. The Taliban, which has also demanded that Uzbekistan return the missing Afghan Air Force aircraft, didn’t respond to a request for comment.

Mr. Pfluger also raised the issue last week with Deputy Secretary of State Wendy Sherman. She spoke with Uzbekistan Foreign Minister Abdulaziz Kamilov, according to a U.S. statement about the conversation, and thanked him for continuing to cooperate on the “temporary relocation of vulnerable Afghans.”

As U.S. troops pack up to leave Afghanistan, attacks between the military and Islamic State militants have increased. WSJ’s Sune Rasmussen explains how the security situation in the final days has added to Afghans’ concerns about life under Taliban rule and what could come next. Photo: Wakil Kohsar/AFP/Getty Images
The Uzbek government has had a working relationship with the Taliban for years and views their takeover of Kabul as a sign of the broad support the group enjoyed across Afghanistan, the foreign official said. The ousted Afghan president, who also fled Kabul via Uzbekistan, was allowed only to refuel at the airport and wasn’t greeted by any Uzbek officials.

In all, 585 Afghans, including pilots, crew and families, arrived aboard the aircraft. The Uzbeks had “no idea” who was aboard until they landed, the foreign official said. The Afghans are now being housed in lodging previously used as mobile hospitals during the height of the Covid-19 pandemic in Uzbekistan.

The Taliban are pressuring officials at Uzbekistan’s embassy in Kabul to turn over the pilots, the foreign official said, and have warned that the pilots’ families in Afghanistan will be at risk if they aren’t handed over immediately.

“I am very worried that Taliban pressure on the Uzbek government will be so much so that they will be sent back, and we know what their fate will be,” Mr. Pfluger recalled telling Mr. Blinken.

Jerri said she has been communicating with her brother-in-law and sister-in-law in Kabul. She and her husband married in 2019. A marriage visa was approved just two weeks ago, she believes thanks to the help of Mr. Pfluger.

A new hurdle has emerged since the U.S. Embassy in Kabul closed because that embassy would have handled the next step in the documentation process involving Jerri’s husband. The family has been trying to switch the processing center to the U.S. Embassy in Uzbekistan.

“We’re on hold because we don’t know if the secretary of state is going to issue across-the-board visas for the pilots,” Jerri’s mother said.

“The Wall Street Journal”
By Siobhan Hughes and Jessica Donati
30.08.21