WASHINGTON—President Biden’s plans for a U.S. and allied withdrawal from Afghanistan will face a potential challenge next week when he meets Turkey’s leader, who is expected to seek concessions in return for continuing to provide for security at the Afghan capital’s airport.

Among concessions Turkey wants is an agreement from the U.S. that allows Ankara to keep and operate a Russian air defense system, according to people familiar with the discussions. The U.S. has bitterly opposed Turkey’s acquisition of the system, which has caused a major rift between the two North Atlantic Treaty Organization allies.

The meeting with Turkey’s President Recep Tayyip Erdogan, during a NATO summit in Brussels, will center on Turkey’s longtime role in securing Kabul’s airport, located at high altitude in the Hindu Kush mountains. Afghanistan is landlocked and roads are dangerous, making the airport a critical access point for international staff as well as millions of Afghans.

Turkey, however, has said it might end its airport security mission and leave Afghanistan as Mr. Biden winds down U.S. and NATO involvement in the country by as early as July. Officials say no other country or company can quickly or readily replicate the security service, and Turkey’s departure could force embassies and international organizations to close, threatening the disbursement of billions of dollars in aid that keeps the Afghan government and military running.

“What are our conditions? Political, financial and logistic support,” Turkish Defense Minister Hulusi Akar told Turkey’s Hurriyet newspaper this week, without offering details. “In case these are provided, we can remain at the Hamid Karzai International Airport. We are waiting for an answer with regard to our conditions.”

Turkish officials didn’t respond to a request for comment on the talks. 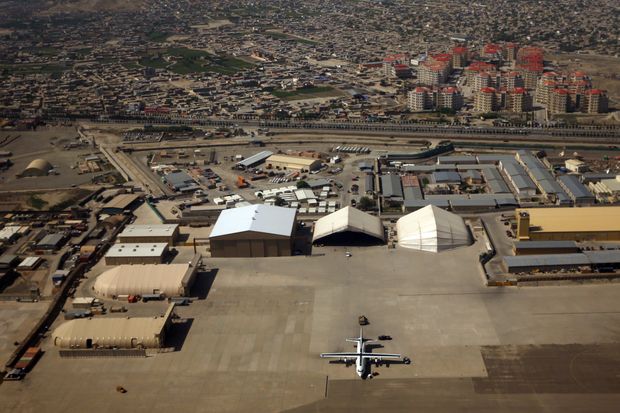 The U.S. also had hoped to keep a residual military force nearby , but has failed to secure an agreement with any neighboring country. Russia would likely strongly oppose any new base in Central Asia, and a deal has yet to be reached with Pakistan.

Instead, U.S. support will be limited, for now, to MQ-9 Reaper drones stationed in Al Dhafra, United Arab Emirates, that will fly over Afghanistan to share intelligence with U.S.-backed local forces, defense officials said.
The Biden administration hasn’t decided how to support Afghan forces after troops leave but the Pentagon is expected to make formal recommendations as early as this week, officials said. The U.S. military says it has withdrawn more than 50% of its equipment from Afghanistan.

Human and civil rights, a central part of Mr. Biden’s foreign policy agenda, also are likely to come up in his meeting Monday with the Turkish leader. Mr. Erdogan cracked down on media and dissent following a failed coup attempt in July 2016, with laws curbing internet expression and the detention of thousands including protesters, journalists, opposition politicians and activists.

White House national security adviser Jake Sullivan said a range of issues would come up in Mr. Biden’s meeting with Mr. Erdogan at the NATO summit next week, without going into detail.

“The role that Turkey will play on a going-forward basis with respect to negotiations and diplomacy in Afghanistan and how the U.S. and Turkey itself deal with some of our significant differences on values and human rights and other issues” would be among issues, he said this week.

Turkey’s acquisition of the Russian-made S-400 air-defense system is likely to be one of the bargaining chips, regional officials said. The U.S. opposed the purchase, sanctioning Turkey’s defense sector and expelling it from the U.S.-led F-35 stealth jet fighter program in response.

The U.S. fears that allowing Russia’s defense system to operate in the same country as the advanced F-35 jet fighter would enable Moscow to gather intelligence about the aircraft’s stealth system.

“Regarding the S-400 system, our policy has not changed,” a National Security Council spokesperson said. “We urge Turkey to abandon the S-400 system. Turkey’s acquisition of the S-400 runs directly counter to its NATO commitments.”

Among possible resolutions is placing the S-400 system at a NATO base, or have it operated by a third party, such as Azerbaijan. 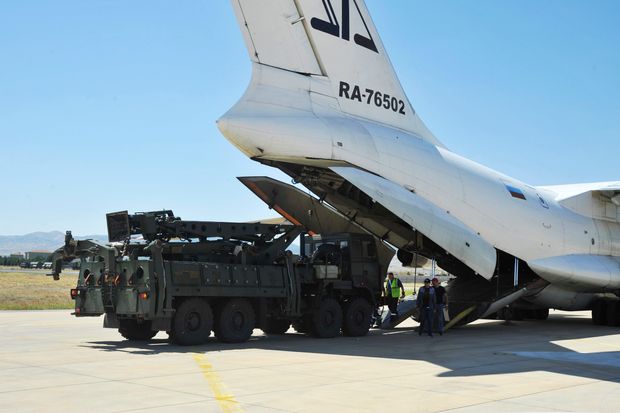 U.S. and Turkish officials said there was no quid pro quo for operations at the Kabul airport. Soner Cagaptay, the Turkish research program director at the Washington Institute for Near East Policy, said that Ankara can drive a hard bargain but had limited options.

“It’s very hard for Erdogan to deliver something that is acceptable to both Putin and the United States,” Mr. Cagaptay said. “Joint custody is the best he can do.”

U.S. officials have said they are optimistic that Messrs. Erdogan and Biden will reach an agreement. Even if they do, the Taliban maintain that Turkey should leave Afghanistan along with all other foreign troops as part of the deal signed with the U.S. last year. The insurgents routinely fire rockets at the airfield, and could ramp up attacks.

“We hope all abide by the agreement as it is by pulling out their forces completely,” a Taliban spokesman said.

Mr. Erdogan has clashed with the West repeatedly in recent years. In addition to the Russian missile purchase, Turkey intervened in the Syrian and Libyan conflicts . Last year, Brussels sanctioned Turkey over an energy dispute in Mediterranean in waters claimed by EU members, Greece and Cyprus.

Earlier this year, Mr. Biden recognized the mass killings of Armenians at the hands of Ottoman Turks more than a century ago as genocide, a move Turkey said threatened relations between the two countries.

NATO Secretary-General Jens Stoltenberg told the Atlantic Council think tank this week the airport was critical to the functioning of embassies and provision of foreign aid, and the alliance was working on a solution.

“NATO will continue to be committed to Afghanistan, but in other ways than over the past two decades,” he said. The Australian embassy already has closed down over security concerns, according to a government statement.