There are many types of forced marriage in this world, but perhaps the most dramatic is marriage by abduction, or bride kidnapping.

Bride kidnapping is common in parts of sub-Saharan Africa, the Caucasus and Central Asia. In rural Kyrgyzstan, where over 60% of the country’s population lives, surveys suggests 1 in 3 marriages begins with a kidnapping.

There, bride kidnapping is known as “ala kachuu,” which translates as “to take and run away.” It became illegal in 1994, but the practice continues today, especially in rural areas.

And our research on labor migration in the country suggests bride kidnapping may push young women to leave their rural communities to avoid forced marriage.

What is bride kidnapping?

Kyrgyzstan, a Central Asian country of 6.5 million, is one of the world’s epicenters of marriage by abduction.

A typical bride kidnapping occurs in a public place. A group of young men locates the young woman that one has chosen for his wife – whom he may know, but perhaps not well – and carries her, screaming and struggling, into a waiting car.

The kidnapping victim is taken to the groom’s family home, where the women of the family attempt to talk her into consenting to the marriage. At this stage, some victims are rescued by their father or other male relatives. More often, though, having been kidnapped is so shameful that the victim or her family agrees to marriage rather than risk the stigma of being a “used” woman.

Sometimes, grooms use rape or other physical violence to coerce women to consent to marriage – though that’s not the norm. 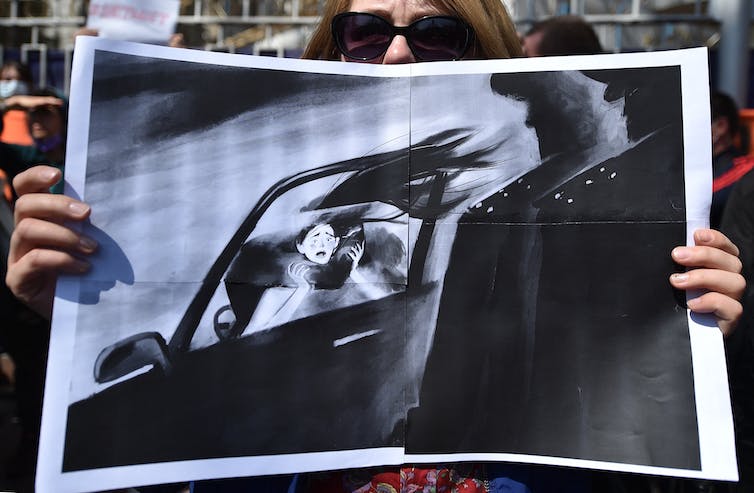 Many Kyrgyz people, especially those in older generations, still see bride kidnapping as a harmless tradition, according to our interviews.

“It’s a very old custom,” a 60-year-old woman told us. “Even I was married that way, and I’m happy with my family life. My husband never beat me, and everything turned out well.”

People younger than 50 are more likely to reject “ala kachuu,” our research shows, especially when the couple are complete strangers. But they also believe that bride kidnapping is a thing of the past, and that such events today are “pretend” – staged kidnappings.

Several Kyrgyz women confirmed for us that they had agreed to be kidnapped before marriage, to uphold a tradition they see as romantic.

But some kidnappings in Kyrgyzstan are clearly nonconsensual. Since 2018 at least two women, Aizada Kanatbekova and Burulai Turdaaly Kyzy, were killed by their kidnappers when they attempted to resist the marriage.

Both murders spawned protests nationally and in their hometowns, some of the largest rallies against bride kidnapping seen in Kyrgyzstan since visible public opposition began in the 1990s.

Kyrgyz women’s rights groups say the line between “pretend” and “real” kidnappings is fuzzy, because a woman can’t truly consent to a kidnapping if she knows her boyfriend can easily disregard her wishes.

The United Nations considers any kind of forced marriage to be a human rights violation. About 15.4 million people worldwide are wed without giving their free, full and informed consent, according to a 2016 International Labour Organization estimate.

A growing body of research supports the argument that “ala kachuu” is not a harmless national tradition in Kyrgyzstan.

For example, survey data from Kyrgyzstan finds that the birth weights of the first children born to mothers who married by kidnapping are significantly lower than those of other first-borns, likely because of higher stress levels among kidnapped mothers.

In Alay district, a rural region of southern Kyrgyzstan, we found that the young adult daughters of parents in a kidnapping-based marriage were 50% more likely to migrate for work, both within Kyrgyzstan and internationally. Our regression analysis controlled for other factors that could push young women to migrate, such as household size, education and wealth.

Survey questions generally cannot distinguish between “pretend” and “real” bride kidnappings, so these findings may understate the negative effects of forced marriage on infant health and migration. 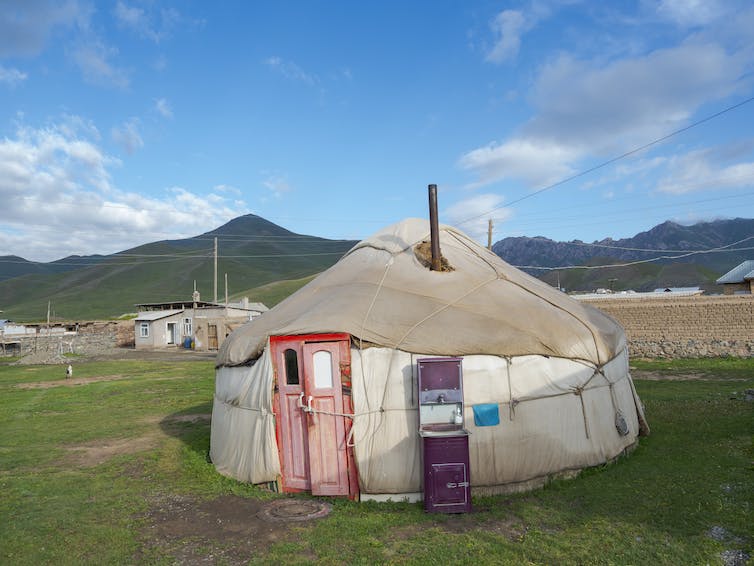 Based on this research, we believe Kyrgyz women use migration to escape the possibility of being kidnapped themselves.

In rural Kyrgyzstan, a young woman’s chances of avoiding a forced marriage depend largely on her parents’ willingness to intervene on her behalf after kidnapping. A girl from a family that began with a bride kidnapping can reasonably surmise that her parents are unlikely to help her.

And since Kyrgyzstan has Central Asia’s highest rates of women’s labor emigration – women make up [40% of all Kyrgyz migrants in Russia], a much higher share than those from neighboring Tajikistan and Uzbekistan – migration would be a socially acceptable way to move somewhere where kidnapping is rare.

Other researchers have hypothesized that Kyrgyz women migrate at such high rates because of their Russian language proficiency and Kyrgyzstan’s less restrictive gender norms.

But bride kidnapping in Kyrgyzstan seems to play at least as critical a role in this trend. Living in a household headed by a kidnapping-based couple is one of the strongest predictors of women’s migration, our research found. Household size and whether the family owns land are other main factors.

No one we interviewed in Kyrgyzstan mentioned that young women migrated to avoid a forced marriage, nor have we seen this argument made by other academics or the Kyrgyz media.

However, we did find that people commonly described women’s migration in terms of “escape.”

Explaining why his daughter moved to Russia after separating from her abusive husband who married her through kidnapping, one father told us, “A new place and a new life were what she needed.”

Men’s migration, in contrast, is usually spoken of in economic terms.

Women’s migration plays an important economic role in Kyrgyzstan, and many other countries, too. But our research suggests it can be an escape route for women who don’t want to follow their mothers into a forced marriage.