As the international community wrestles over whether to recognise the new Taliban regime in Kabul, one country has quickly made clear where it stands. Neighbouring Tajikistan has emerged as a vocal critic of the government and a hub for Afghan resistance.

Ahmad Massoud, the leader of Afghanistan’s National Resistance Front and the son of Soviet-era resistance leader Ahmad Shah Massoud, Amrullah Saleh, the former vice-president and self-declared acting president, and Abdul Latif Pedram, the leader of the National congress party of Afghanistan, have all been given protection in Dushanbe, Tajikistan’s capital.

Afghanistan’s neighbours in central Asia fear the Taliban takeover could unleash radicalism and spur drug trafficking in the region, as well as increase refugee flows. But for Tajikistan in particular, support of the ethnic Tajiks who make up the Afghan resistance and have long faced discrimination, is non-negotiable. Tajikistan’s president Emomali Rahmon, in power since the collapse of the Soviet Union, is expected to push the resistance’s case with President Vladimir Putin in a forthcoming visit. © Dimitry Astakhov/Sputnik/AFP via Getty Images

“The whole weight of the negative consequences of the international coalition departure is falling on the shoulders of the neighbouring countries,” said Tajikistan’s president Emomali Rahmon, referring to the US withdrawal last month of its final troops from Afghanistan, ending its 20-year war there.

“If we leave the situation without attention there is a risk of the 2001 situation repeating,” he said, referring to the 9/11 terror attacks in America that precipitated the US involvement in Afghanistan.

The history of the two countries has long been intertwined, with several hundred thousand Tajiks — the second-largest ethnic group in Afghanistan — having sought refuge there during its 1990s civil war.

In a sign of Rahmon’s close ties with resistance leaders, he this month awarded Massoud’s father Tajikistan’s highest honour for his support during the Tajik civil war. Rahmon had supported the opposition Northern Alliance, led by Massoud during the Taliban’s rule in the 1990s.

Speaking on condition of anonymity, a western diplomat in the region said Rahmon could use the Taliban threat to bolster his domestic support and as “a pretext for a further crackdown on the opposition” and the introduction of more counter-terrorism measures.

The ousted Afghan government and the resistance, which is fighting the Taliban in Afghanistan’s Panjsher province, are using the Tajikistan capital of Dushanbe as a base to plan their next steps. “We plan to announce formal resistance to the Taliban within a month,” said Pedram, who has a $200,000 Taliban bounty on his head. He and his wife, journalist turned politician Fereshta Hazrati, the cousin of late Ahmad Shah Massoud, lead the resistance council. 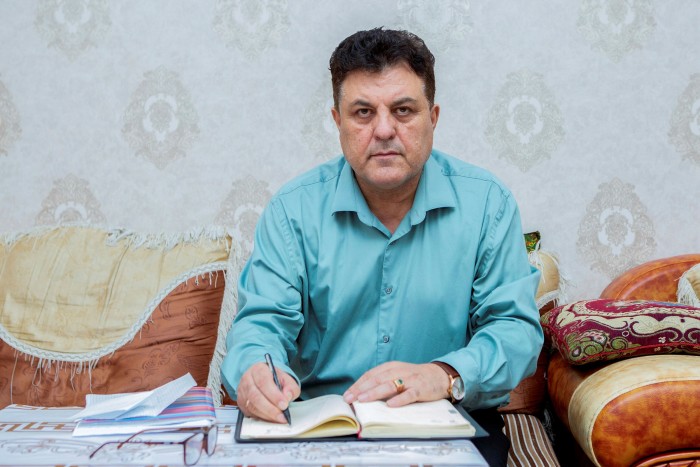 Abdul Latif Pedram, the leader of the National congress party of Afghanistan: ‘Either we accept the Islamist state or we resist’ © Didor Sadulloev/Reuters

Given the Taliban’s reluctance to engage in talks on a federal government, they have no choice but to engage in war, Pedram said. “Either we accept the Islamist state or we resist. Nothing is more important to us than freedom. We cannot afford to live in the circumstances we have under the Islamist state,” he said.

Support for the resistance will grow once it gains momentum, he said. While it is so far only financed by wealthy Afghans, it hopes to gain more backing from Russia, the traditional guarantor of security in central Asia. “We want good relations with all the countries in the region. But of all of them Russia has the most power, no doubt,” he said.

Pedram said the resistance had “very good” contacts with Moscow “beyond the ministerial level” and Rahmon, in power since the collapse of the Soviet Union, is expected to push the resistance’s case with President Vladimir Putin in a forthcoming visit. 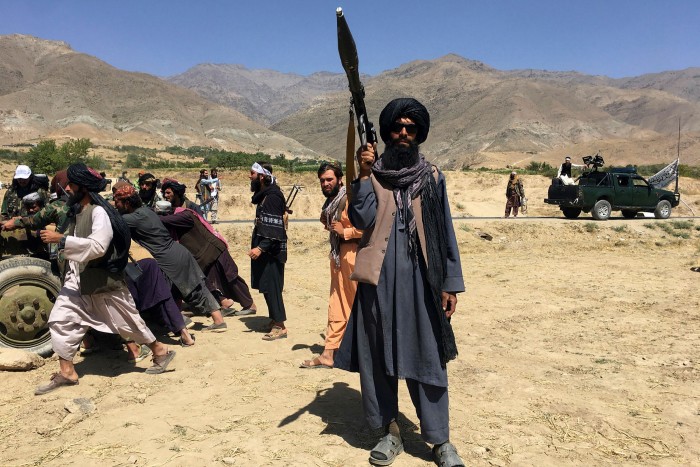 But Temur Umarov, a Central Asia expert at the Carnegie Moscow Center, doubts the resistance can rely on support from Moscow. “Russia understands that the most likely scenario for Afghanistan’s future is one where the Taliban plays the key role there whereas the resistance forces are no longer able to take the power back even in some provinces,” said Umarov.

Still, members of the resistance argue that Afghan resources such as copper, lithium, iron and aluminium offer Moscow an incentive. “It’s also an economic war. The Russians don’t help us for the sake of God, but they will help us for the economy,” Pedram said.

While the broader resistance is beset by infighting, with Pedram and Massoud reluctant to work with Saleh, they are united on the need for global support.

Mohammad Zahir Aghbar, Afghanistan’s ambassador to Tajikistan from the former government and now considered Saleh’s deputy, said: “We don’t want a couple of countries to support us, we want the international community to support us. Because it’s international terrorism we are talking about here and it threatens the whole world.”