Since attaining its independence from the Soviet Union 30 years ago, the tiny mountainous, landlocked Central Asian country of Kyrgyzstan has never had much of an air force. Today, Bishkek hopes to, at least partially, make up for this shortcoming by procuring drones from Turkey and Russia.

“We’re not buying drones to go to war with someone. We will buy drones to ensure the country’s security,” said Kyrgyz President Sadyr Japarov on Oct. 23.

The Kyrgyz order for drones comes less than a year after the country engaged in brief border clashes with neighboring Tajikistan back in April. During those three days of clashes, Kyrgyzstan suffered 36 deaths. 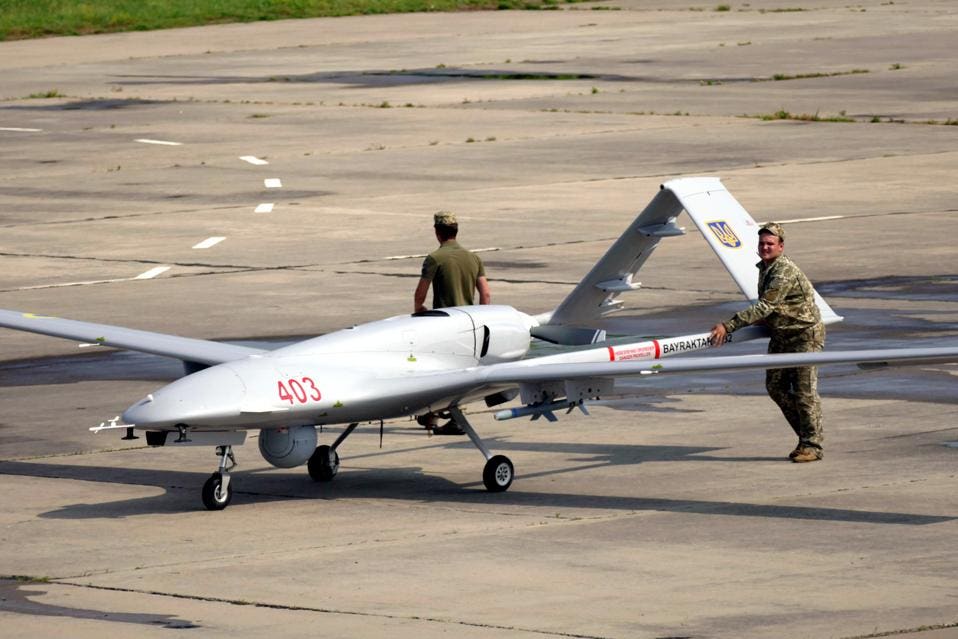 “We didn’t have one aircraft to put into the air during the conflict,” Japarov lamented. “Now we will buy both aircraft and UAVs (unmanned aerial vehicles). We will meet these purchases from the budget.”

The Turkish TB2 made international headlines in 2020 for its successful operational deployment in the conflicts in Syria, Libya, and Nagorno-Karabakh. It can carry an assortment of Turkish-built MAM (Smart Micro Munition) guided missiles with high explosive and thermobaric warheads.

According to Janes, Russia’s “Orlan-10 is a much smaller medium-range system that has been used operationally in Ukraine and Syria to direct artillery fire and conduct electronic warfare against mobile phone networks.” 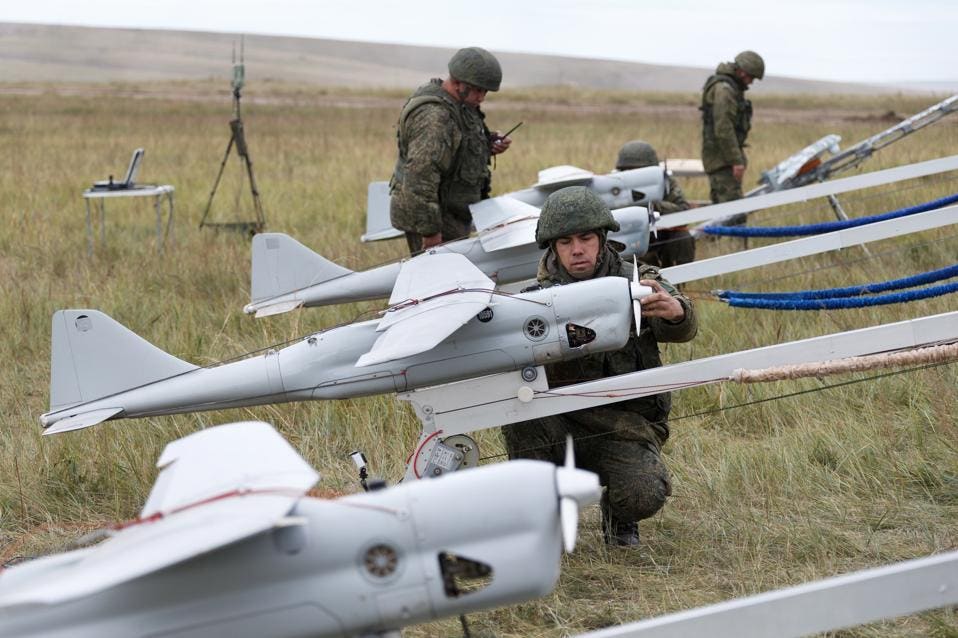 The combined capabilities of these two unmanned systems could give Kyrgyzstan the upper hand in any future skirmishes on its borders.

The Kyrgyz Air Force consists of a small number of Russian Mi-8 ‘Hip’ utility helicopters and Mi-24 ‘Hind’ attack helicopters. It used to have a fleet of MiG-21 ‘Fishbed’ fighters jets borrowed from Russia but gave them all back to Moscow in 1993.

Kyrgyzstan is a member of the Collective Security Treaty Organization (CSTO) military alliance of post-Soviet states in Eurasia. There is a Russian military base near its northern city Kant. In early 2020, Russia planned to deploy air defenses and drones to that base and renovate its runways to “improve security in the region.”

The United States used to have a base outside the Kyrgyz capital Bishkek that it used for supporting its operations in Afghanistan. However, Kyrgyzstan closed that base in 2014 at Russia’s behest. Moscow is unlikely to change its stance against any American military presence in the region, even after the U.S. withdrawal from Afghanistan and the Taliban’s takeover of that country in August. As recently as Oct. 27, Moscow warned all of the Central Asian republics against hosting any U.S. or NATO forces in the region.

Kyrgyzstan, however, cannot rely entirely on Russia or the CSTO alliance for all its defense needs. And since it doesn’t have all that much money and an almost nonexistent air force, Kyrgyzstan’s drone procurements from Turkey and Russia make a lot of sense.

More small, cash-strapped nations may also opt to take a page out of Kyrgyzstan’s book and buy relatively cheap drones rather than spending far vaster sums on fighter jets.

The Republic of Armenia recently acquired four supermaneuverable twin-engine Su-30SM multirole fighters from Russia for its small antiquated air force, which hitherto had no comparable high-performance jets. However, those fighters weren’t used when Armenia and Azerbaijan went to war over the Nagorno-Karabakh in the fall of 2020, reportedly because Yerevan hadn’t acquired any missiles for its sleek new jets before the outbreak of hostilities!

Azerbaijan used a combination of Israeli Harop and Turkish TB2 drones to devastate Armenian air defenses and armor during that war. Even if they were armed and put into action, Armenian Su-30SMs probably couldn’t have made much of a difference against those ferocious Azerbaijani drone strikes.

The neighboring Republic of Georgia – which previously disbanded its small air force, that mostly consists of Su-25 Frogfoot subsonic attack jets, as an independent branch of the military in 2010 – is presently building a new reconnaissance and strike drone known as Project T-31, undoubtedly out of recognition of the increasing important role played by drones in modern wars, and especially in light of Azerbaijan’s decisive victory.

Through these Turkish and Russian acquisitions, Kyrgyzstan can soon field an affordable fleet of drones that will significantly enhance the capabilities of its long-neglected air force.