Eurasianet’s correspondent in northern Kazakhstan has been following a dispute between a small town and its main employer, which appears to be heading for the exit.

With a history of gold mining dating back almost a century, the village of Bestobe in Kazakhstan’s northern Akmola region is still waiting to learn if it has any sort of future.

More than a thousand people, mostly from the village, are employed at the mine overseen by Altynalmas, a major player in the national industry.

Yet those jobs are now at risk as a long standoff between the company and the community trickles towards a conclusion and bemused provincial authorities find themselves in an ill-fitting mediator role.

Back in 2020, Kazakhaltyn, a company later acquired in full by Altynalmas, announced plans to transition from labor-intensive underground mining to technology-intensive opencast (also known as open-pit) mining.

The plans provoked vociferous opposition in Bestobe for several reasons. First, the switch would have seen the bulk of the workforce made redundant.

Second, the expansion would likely have forced several thousand families to relocate from their homes while further befouling the environment – already a factor in poor company-community relations. 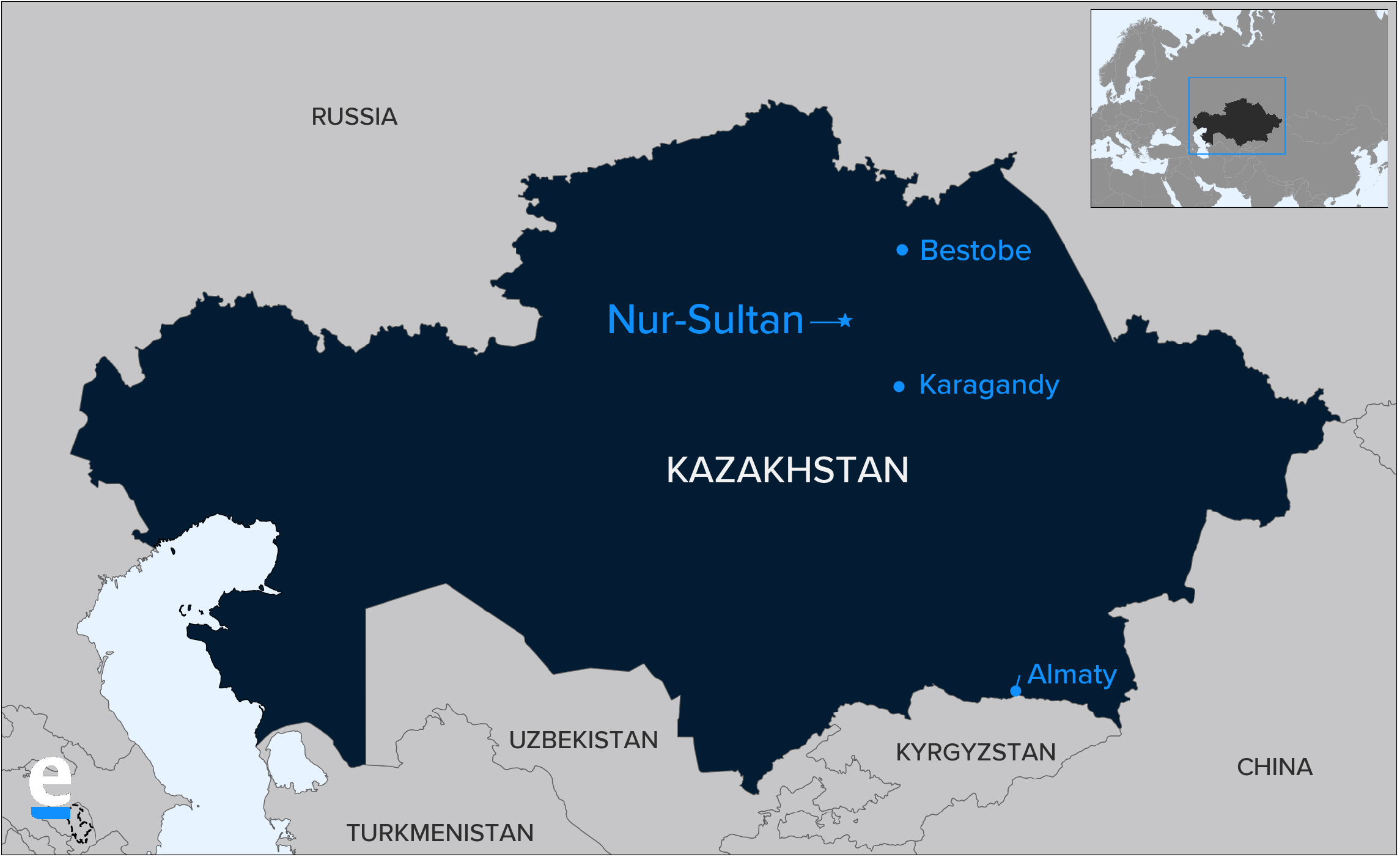 The company’s open-pit plans were all but vetoed by the Akmola region governor, Yermek Marzhikpayev, who visited Bestobe in April and met with a large, anxious audience that included employees of the company.

But Marzhikpayev’s stated support for the villagers has not solved their problems.

Altynalmas operates mines in four Kazakh regions and is majority-owned by a Netherlands-registered company whose ultimate beneficiary is a mystery. The company in the past was associated with Timur Kulibayev, the son-in-law of former president Nursultan Nazarbayev.

The company ceased all stages of production in Bestobe earlier this year and is now considering calling time on its investment there and ending payments to 1,200 idle workers.

Marzhikpayev’s office is concerned that such a move could push the settlement toward a social explosion.

After unprecedented nationwide political unrest in Kazakhstan this year, provincial chiefs have been under pressure from the central government to avert such crises.

By Kazakh provincial standards, the town of 7,000 is already politically active.

On June 27 two activists that spearheaded opposition to the mining company were convicted – and then amnestied on the spot – of spreading false information. More serious charges were dropped at the last minute. The denouement appeared an effort to calm tensions surrounding the gold mine.

Just two days later, however, around a dozen residents began camping out on Altynalmas’ premises to prevent the company removing equipment.

They are now under investigation for lawlessness, police have confirmed.

The desperate campaign was motivated by residents’ belief that Altynalmas is preparing to abandon the village imminently.

Residents had hoped for a repeat meeting with Marzhikpayev last month, but he refused. Instead, he held talks with company representatives on August 5.

The day before, a lower official without the heft to give concrete answers visited: Stepnagorsk mayor Appysbay Karizhanov. (Stepnagorsk is the closest city.)

Nikolai Katchiyev, one of the two activists convicted in June, asked Karizhanov whether miners would be abandoned this winter.

Mayor Karizhanov said that keeping workers salaried was a priority but could not provide any details on the progress of talks.

In a video of his meeting with Altynalmas that his office shared on Instagram, Marzhikpayev, the governor, acknowledged that the company and the government – the sole customer for the gold produced by the mine – have not come to a deal yet on the future of the town.

“We are talking, clarifying, and we will return to [negotiations],” Marzhikpayev said.

One of the key issues to be resolved if the company is to return to the underground shafts is what to do with excess water that has accumulated. The company said it has allowed the buildup because it has no legal recourse or approved territory for dewatering the mine at present.

Although Altynalmas has not completely ruled out a return to underground mining, it says the old shafts are not serviceable and their resource base is all but exhausted.

In July the company estimated that the stoppage of operations in the last year had cost it more than $14 million dollars, with salaries running 400 million tenge (around $850,000) per month alone.

Altynalmas has offered Bestobe residents jobs at other mines, it said, but workers are reluctant to leave.

Distrust is at the heart of the standoff.

Many villagers suspect that the company has effectively sabotaged the old shafts in order to push through its vision for open-pit mining.

Locals also argue they are being punished for their successful campaign to stop production at a gold processing plant, which they complained covered the steppe village with dust in the years after it opened in 2017.

Many hope a new investor will simply ride into town and breathe new life into the underground shafts.

One benefit of a transition to open-pit excavation, according to Altynalmas, would be to prevent illegal mining, which has become a problem in the poorly guarded shafts.

Stepnagorsk’s police chief Bakhtiyar Utekin told locals that police had opened a case into illegal trespassing against members of the gang who survived the accident.

This provoked a moment of black humor as one resident, Akhmet Zhumabekov, suggested that the group had “trespassed legally” instead.