Uzbekistan’s largest grocery retailer Makro marked its 10th anniversary on December 11 wth the opening of 10 new stores in Tashkent, part of a drive to expand across Central Asia’s most populous country in the supermarket, hypermarket and convenience store formats.

Makro’s growth accelerated after the Uzbek government started to open up the economy from 2016, and it also embarked upon a wide-reaching rebranding and development programme that included the launch of Uzbekistan’s first private label.

As of December 11, the retailer had 86 stores in Uzbekistan, covering 24 urban areas across the country, and plans to open 11 more by the end of the year. It has a market share of around 15-20% in Tashkent and 4-5% across the country.

Until recently it faced competition mainly from fellow local retailer Korzinka, and a handful of smaller local chains that have been set up in the last couple of years. Now, however, it is seeing the entry of international retail chains to the market. Russia’s Fix Price set up in Uzbekistan in October and has around a dozen stores open already, and France-based global retailer Carrefour is in the process of entering the market. Kazakh Magnum has announced plans to launch in 2021.

In response to the advent of international competition, Makro CEO Roman Sayfulin tells bne IntelliNews: “We need to be stronger, with stronger locations, a stronger assortment and better prices to be ready to face international and global players.”

Uzbekistan is attractive not just because of its population of 34mn, of which almost 2.4mn are in the capital Tashkent, but because this is a virtually virgin market for grocery retailers. The economy is growing fast too, and the World Bank forecasts it will be one of only two countries in Europe and Central Asia to achieve positive GDP growth this year.

The business environment has changed dramatically since the death of Islam Karimov in 2016. The current president, Shavkat Mirziyoyev, has embarked upon a gradual but steady overhaul of legislation affecting business, opening the country up to international investment and freeing both local companies and foreign investors from many of the constraints that previously stifled their activities. Some of the changes include the lifting of currency controls and reforms to tax legislation that now allow Makro to do all its accounting according to international standards.

Uzbekistan’s retail sector is going through a similar transition to those in Russia and other countries in the former Soviet Union, shifting from traditional open bazaars to formal retail. Uzbekistan is at a relatively early stage in this process, with the majority of food sales still through bazaars, but this is changing.

When Makro launched 10 years ago, Sayfulin says, “only people with higher or average income could afford to shop in supermarkets. Today, people with lower incomes are already our clients, and the assortment has been changed according to the needs and spending power of our customers. 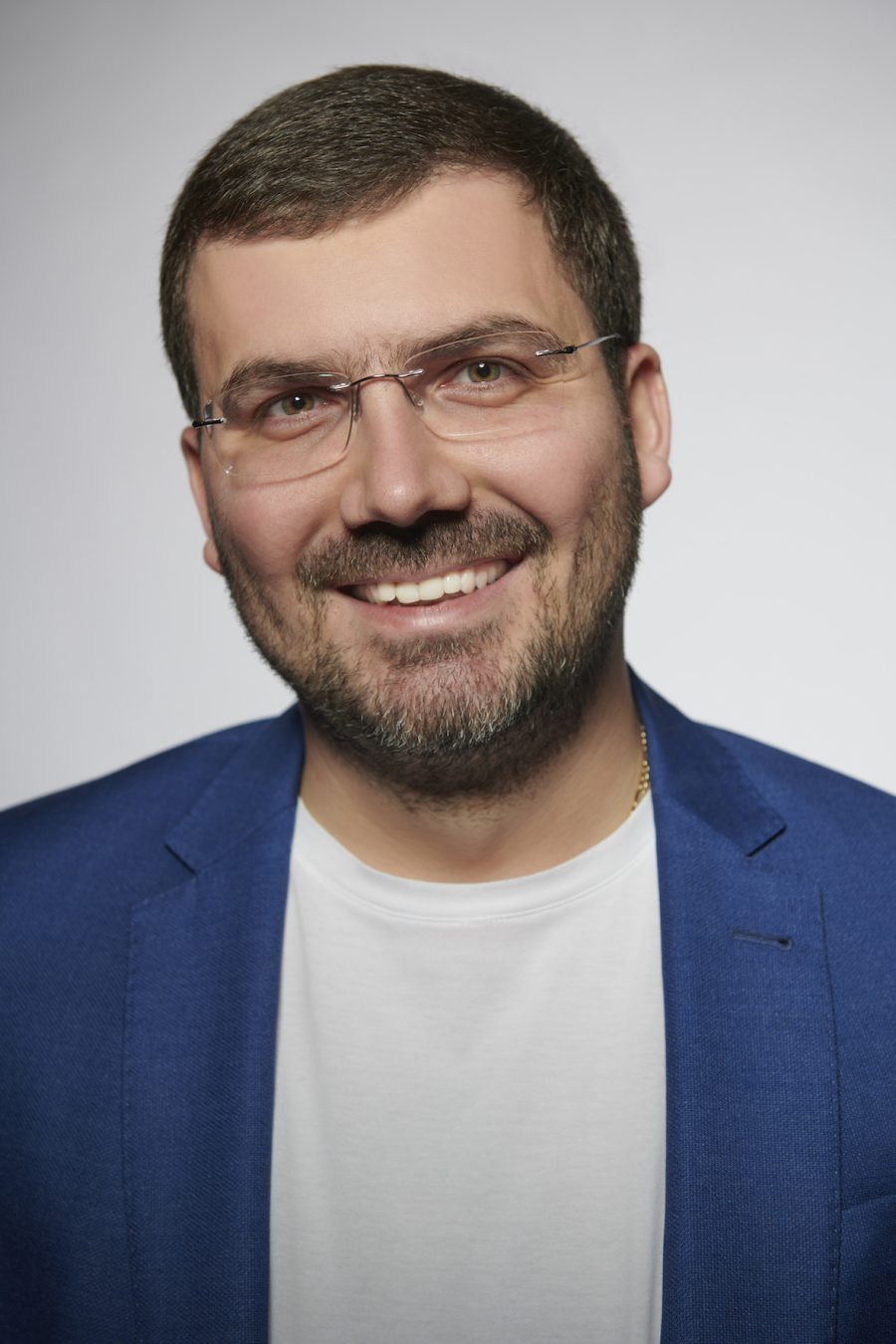 “In big cities especially, supermarkets have already become normalised. Our philosophy is that Makro is a supermarket for everyone. It doesn’t matter if you’re a man or a woman, young or old, what nationality, what religion, whether you’re rich or middle class, a student or a pensioner, everyone can shop in our stores.”

The rebranding of Makro was part of a broader effort to develop the retailer. International experts with experience at worldwide retailers were brought into each department to educate the local teams and help build up the company. Along with the rebranding, Makro also launched the country’s first private label range, which has required the retailer to work closely with local suppliers.

Uzbekistan has a strong agricultural sector so has the potential to supply many of the products required in local supermarkets, as well as for export, but Sayfulin says the retailer has had to help potential suppliers meet the standards required to sell in its shops. Today, local products represent 35% of stock-keeping units (SKU) but 52% of turnover.

“We are quite a patriotic company, and working with local companies is a philosophy for us,” says Sayfulin. “We try to help develop good quality producers who respect all the standards, don’t close their eyes on quality and really love their work. For small and medium-sized producers, we help them meet standards in areas such as product quality, packaging, barcoding and labelling.

“If local companies are ready to work with us they can grow up with us. Today we need products for almost 90 stores, but tomorrow it could be 200 or in a few years 500. To sell through a bazaar is one thing, but in a supermarket it’s another standard.”

The coronavirus (COVID-19) pandemic that hit Uzbekistan as well as countries around the world this year brought with it further changes for the retail sector in terms of the way people shop and what they buy. Uzbekistan locked down in the spring, and this was followed by a second lockdown in July-August as it experienced a renewed surge in cases.

As the coronavirus raised concerns about hygiene and the risk of infection, Sayfulin says, “the pandemic helped us, as people now trust more in hygiene standards in supermarkets than bazaars.” Incomes fell when people were unable to work during lockdown prompting some to look for cheaper options. “People whose incomes dropped as they stayed at home during the pandemic switched from international brands to private label products. They saw they could buy good quality for a cheaper price. This has given wings to our private label range,” says Sayfulin. 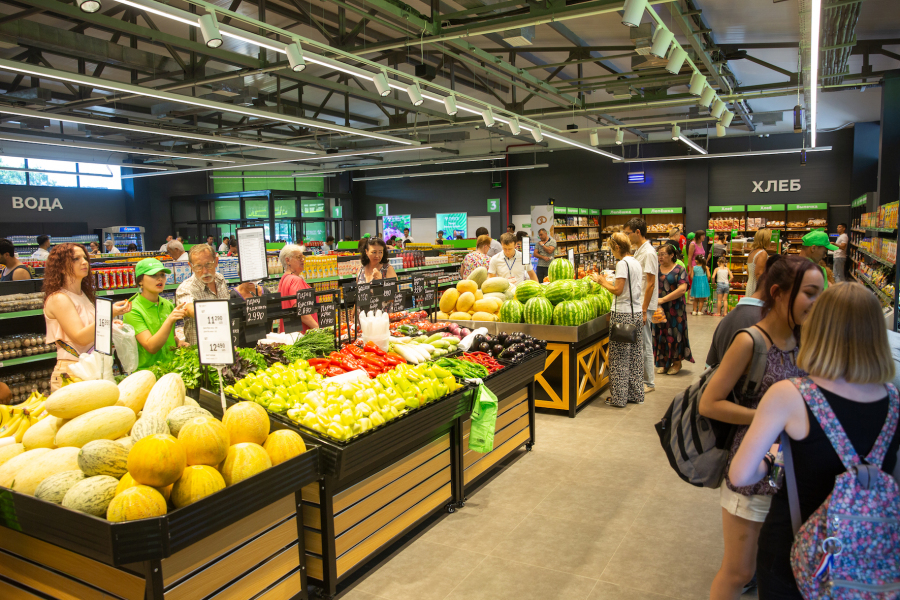 Another change he observed was that “people changed their shopping behaviour very quickly. They want to do their shopping fast and not far from their homes. That’s why we are pushing to develop the Makro Express convenience store format. The stores are up to 500 sqm and offer 3,000 SKU covering all people’s daily needs. We see this format is taking over all over the world. Even some of the international companies that are entering or have entered the Uzbek market have announced they are working in the same format.”

The other major change that came with the pandemic was to push Makro to develop online shopping, a service it launched for the first time in spring 2020. At the height of the pandemic Makro received up to 800 orders a day, but Sayfulin says the company struggled to fulfil them because the city was locked down, causing a collapse of logistics. During the strict lockdown earlier this year, the company was only able to cover around 400 orders a day.

However, Sayfulin is convinced online shopping is here to stay and the company is investing into this area. “Today, after the lockdown, online shopping has reduced because people are more free to go shopping in person, but e-commerce has stayed in the culture. We just need more time for people to trust online shopping, to know that they will receive the product that they want with the same quality as in the store,” he says.

“We really believe in the future of online shopping, and as confirmation of our belief in the business, we have started construction of our first dark store. This will be a platform for online shops to work with us.”

Makro’s target is to raise online sales to 5% of its turnover in Tashkent. Online selling across the country is more complicated, but as a next step it plans to launch online in the major cities of Samarkand and Bukhara.

Looking to the future, Makro plans to continue its expansion, and according to Sayfulin, aims to be present in 35 urban areas by the end of 2021. While not all towns and villages are can support supermarkets, Makro is setting up the Express convenience store format in smaller locations. While its main base is in Tashkent, Makro’s expansion includes far-flung western cities and towns; its store in Bukhara is almost 300 km from its distribution centre.

Makro hasn’t yet started franchising, but Sayfulin says it is receiving a lot of requests. At present, the company is still working on finalising the processes, including ensuring management quality.

So far, Makro has financed its expansion mainly through reinvestment of profits. It also borrows from local banks, and works with developers under long-term conditions as partners in certain stores. For the last two years, Makro management have been preparing the company to work with international development banks and financial institutions to secure larger loans or possibly equity investments. Bonds are another financing option, made possible after Uzbekistan introduced a new law allowing LLCs to issue bonds.

Commenting on the longer-term plans, Sayfulin says: “Of course an IPO is a dream for us; but realistically it’s a few years off. In the shorter term, we are open to working with strategic investors who can help accelerate our growth. It’s clear that now is the time to seize the huge opportunity that modern Uzbek food retail represents. We expect to be a big winner in this space.”

As it continues to pursue expansion, Sayfulin says the retailer isn’t intimidated by the growing number of competitions including big international brands. He stresses that the retailer’s pursuit of growth in its three formats – Makro City hypermarkets, Makro supermarkets and Makro Express convenience stores – and its new foray into online shopping, “allows us to compete with everyone”.