Remittances to the Central Asian republic have plunged in value amid sanctions intended to hit Russia over the war in Ukraine.

Dushanbe, Tajikistan – Each month, Malika Abdilloyeva, a domestic helper in Moscow, sends 10,000-20,000 Russian roubles ($94-188) home to Tajikistan to support her two teenage sons, who live with her sister in the capital Dushanbe.

Until recently, Abdilloyeva’s monthly remittances were worth 1,500-3,000 Tajikistani somoni ($132-265). But since the plunge in the value of the rouble following Russia’s invasion of Ukraine, the 43-year-old single mother’s family has been receiving only about two-thirds of the usual amount.

Abdilloyeva, who earns about 35,000 roubles ($329) a month, sees little choice but to take on an extra job to support her family in the former Soviet republic, a country of 9.5 million people that shares borders with Afghanistan, Uzbekistan, Kyrgyzstan and China.

“I will have to find another part-time job because the money that I send home is no longer enough for my growing teenage children,” Abdilloeva told Al Jazeera. “They have to eat well and they need school supplies.”

Western-led sanctions intended to punish Russia over its invasion of Ukraine are hammering livelihoods in Tajikistan, where remittances from Russia account for more than one-quarter of gross domestic product (GDP). With the Russian currency sliding more than 30 percent since last week, Tajik migrant labourers have seen their remittances effectively shrink by one-third overnight.

“For now I will save money on all the essentials, hoping that my employers will have mercy for my situation and help me,” she said.

Many other Tajik migrant workers in Russia have lost their jobs since Russian President Vladimir Putin ordered a “special military operation” against Ukraine, claiming the need to “denazify” the country and protect people from “bullying and genocide”. 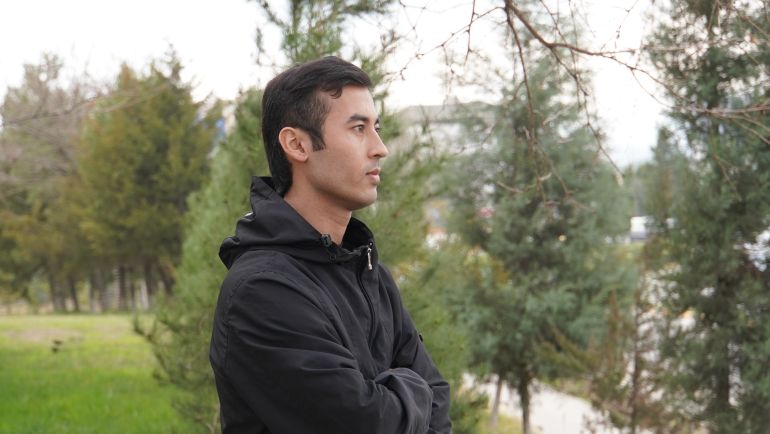 Emomali Saidzod, who worked on a construction site and later as a Yandex courier, returned home to Tajikistan two days after the start of the war after struggling to find stable work in Moscow.

“It was pointless to stay in Russia,” Saidzod told Al Jazeera. “Companies are reducing their staff, and there were no jobs available. I decided to return home.”

Saidzod, who earned a monthly wage of between 35,000 and 45,000 roubles in Russia, is the sole breadwinner in his extended family, with his parents, wife and seven-month-old baby girl all depending on his income.

“I am completely jobless in my hometown now,” he said. “After coming back home I see that the situation is getting even worse here. Flights to Russia since the beginning of March are being cancelled or postponed.”

Remittances from Russia are a lifeline for families in Tajikistan, the poorest of the Central Asian republics, where the average monthly salary is less than $250 and GDP per capita is less than half of that of Bangladesh.

Following a civil war that erupted in the wake of the breakup of the Soviet Union, Tajik citizens began migrating to Russia for work en masse, sending back funds that would prove crucial support for the economic recovery.

Russia’s Federal Migration Service has estimated that more than one million Tajik migrants work in the country. Tajikistan’s Ministry of Labour has downplayed such estimates, stating that about half a million Tajiks go to Russia every year in search of work.

About 70 percent of Tajik families depend on remittances, with the remaining 30 percent relying on the help of relatives and their own earnings, according to a 2019 survey conducted by the Research Institute under the Tajik National Bank. In 2019 alone, migrant workers sent more than $2.5bn to Tajikistan, according to the Central Bank of Russia.

Remittances from Russia to Tajikistan declined during the first nine months of 2021 to $1.3bn, a decline of nearly 50 percent compared with the same period in 2019, according to Russia’s Central Bank, a result of the COVID-19 pandemic and tightening migration rules.

Despite the decline, remittances were estimated to account for 28 percent of Tajikistan’s GDP in 2021, according to World Bank data.

For the majority of Tajik households that rely on remittances, a weaker rouble means less money for food and other basic necessities. While the official dollar exchange rate remains relatively stable for now, it is climbing up in the black market, sounding a warning bell for the state of the economy and food and fuel prices in the country. 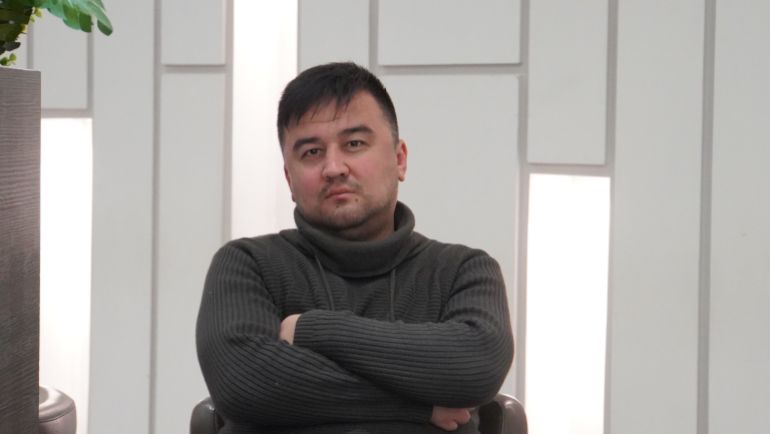 Foziljon Fatulloev, a Tajik economist, said it is still difficult to assess the effect of the sanctions as most households received their latest remittances before the start of the war. But he predicted the picture will dramatically worsen in the coming weeks as more migrants lose their jobs and see their incomes slashed.

“Tajikistan will suffer from poverty and a sharp increase in unemployment,” Fatulloev told Al Jazeera.

Fatulloev said the country could expect business closures in sectors such as retail and light industry, resulting in a shortfall in tax revenues and cuts to the state budget.

“The total amount of Tajikistan’s external debt exceeds $3bn,” Fatulloev said. “If the Russian economy drops, the crisis will break out in our country as well. We will not be able to pay off these debts. The only way that we can minimise the consequences of the crisis in Tajikistan is the adoption of the ruble system in Tajikistan by joining the Eurasian Customs Union and trading in roubles.”

Other Central Asian republics are also bracing for the economic fallout of the crisis in Ukraine.

Neighbouring Kyrgyzstan is one of the biggest per capita recipients of remittances on the planet, with money transfers accounting for 30 percent of GDP last year, according to the World Bank’s Migration and Development Brief. Meanwhile, Uzbekistan is Russia’s largest source of migrant workers.
For Abdillaeva, the future looks bleak.

Abdillaeva’s only hope is Russia’s war in Ukraine ends soon, though she admits she knows little about what the fighting is about.

“For now, I will save money on all the essentials, hoping that my employers will have mercy for my situation and help me,” she said.